HCM CITY — Enterprises in the southern provinces of Việt Nam that have resumed operation after the end of the social distancing period are facing a shortage of workers.

However, after the COVID-19 outbreak, he decided to look for a job in his hometown and is now working at a cement company in the province. 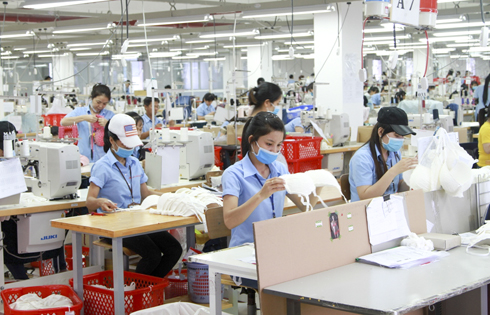 Enterprises in the southern provinces of Việt Nam are facing a shortage of workers because many have not returned from their hometown after the easing of social distancing measures. — VNS Photo Văn Châu

Phạm Kim Yến, who lives in Thừa Thiên-Huế Province and works for a garment export foreign company in Bình Dương Province, said that her company had to temporarily close for a few months.

“I had to look for another job and now I work for a local garment company. The income is lower than when I worked in Bình Dương. However, I don’t have to pay rent for a house and the living cost in Bình Dương is higher than in Thừa Thiên-Huế.”

Trương Thị Thúy Liên, director of a leather and footwear export company in Bình Dương, said that many workers who had returned home for the Tết holiday did not return to work because of the COVID-19 pandemic. “My company is constantly recruiting but it is not enough. Estimated shortage is about 15 per cent.”

Lê Nhật Tương, chairman of Pousung Việt Nam Ltd in Đồng Nai Province, said the company had built more factories and planned to recruit about 10,000 workers in 2020. However, since the beginning of the year, only 1,000 new employees have been recruited, and the recruitment plan has been suspended.

In addition to adding more workers when there is a need to expand production, Pousung Company annually recruits new employees to supplement workers and ‘job skippers’, Tương said.

Lê Thành Nhân, owner of a large restaurant in HCM City’s District 1, said that of his 100 workers, “more than half are from central provinces and they have not returned because the COVID-19 pandemic is not fully under control” .

Liên’s footwear company has decided to outsource some stages of production when there are too many orders.

For Pousung Company, the company will invest in technology to reduce manual labour, continue its annual recruitment and training plans for employees, and provide incentive policies for new employees, according to Tương. — VNS 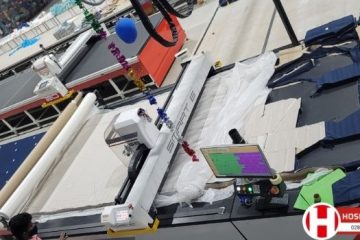 What is cutting room in apparel industry?

In a garment manufacturing factory, the cutting room is a section or department where the fabric cutting process is performed. For making readymade garments, garment components or parts are [...] 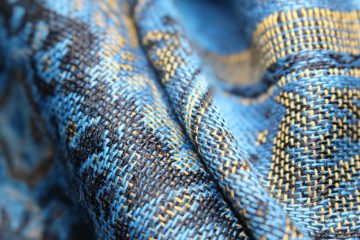 Fabrics are either knit or woven. These two types differ in almost everything; how they’re made, whether they wrinkle, how much they’re likely to stretch, and whether they shrink or [...] What Is Cotton Fabric? Cotton fabric is one of the most commonly used types of fabrics in the world. This textile is chemically organic, which means that it does not [...] What is pre-production processes (PPA processes) in Garment Manufacturing? 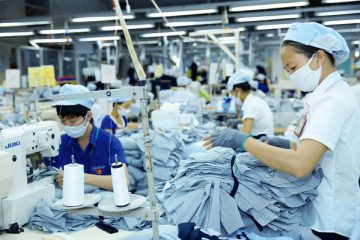 The Ministry of Industry and Trade has extended the period of selecting prestigious exporters for 2019 until May 30, one month later than the schedule of April 30 due [...] 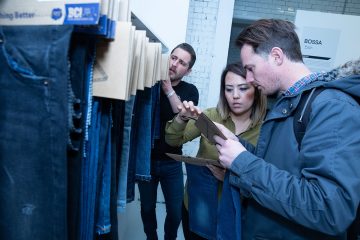 What is denim fabric? Where did this fabric come from, and why has its popularity endured unabated throughout the decades? We’ll dive into all these questions and more as [...] 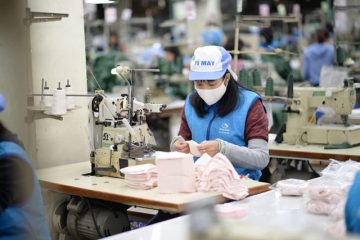 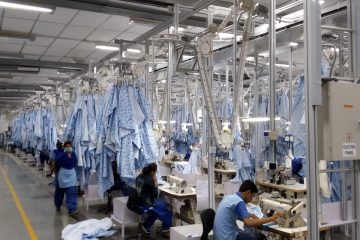 INA Hanger system is an overhead storage, transport, and sortation system for fast and easy storage, retrieval, sortation, and consolidation of customer orders. Its dedication to help customers to [...]